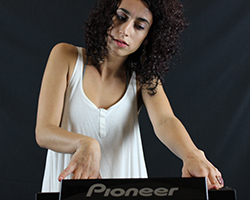 Merav was born and raised on the Big Island of Hawaii. Due to her island upbringing she has always had a rich musical background and loves to represent her roots. Merav started her music career at the University of Hawaii at Manoa earning her Bachelors degree in Communications. While hosting and producing her own radio show with 90.3fm KTUH she realized this was going to be her career choice.

DJ Merav has started her professional career with AfroCaribRadio an international radio station based out of Southern California. She now plays gigs around SoCal bringing some Hawaiian flavor to the west coast.