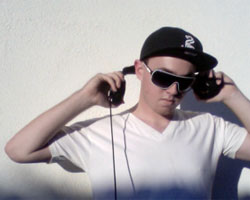 Max Shiffman began as a sound engineer and lighting programmer at the age of 15, working anywhere he could in the Southern California area from churches to concerts and clubs. While mastering the technology aspect of the entertainment industry, Max’s interest for performing as a DJ blossomed.

Since 2008, Max has been an active DJ in the Los Angeles, Orange County, and Inland Empire area, performing at a clubs, weddings, school functions and private events. His style is best known for underground electronic dance music as well as mainstream/hip-hop mashups. He currently lives in Los Angeles producing music as well as managing a weekly radio dance music podcast.