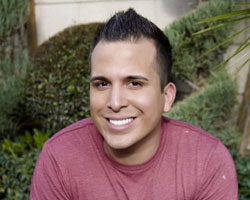 DJ GEO has 16 years of experience working with music, including working for three fantastic record shops: Tuff Guy Records, Exodus Records, and Definitive Music Hollywood. This has given DJ GEO extensive knowledge of all flavors of music.

During DJ GEO’s career, he has competed in 5 DJ battles — successfully winning all 5. Three battles were won in the City of Alhambra at World Records. The other two victories were on the Power 106’s Powertools, a major underground radio show hosted by Richard Vission and Swedish Egil, where DJ GEO competed against 5,000 other deejays from all over California and became the Powertools champion.

DJ GEO has worked at several radio stations, including K.U.S.C. (University of California Campus Radio), 104.7 (Ventura, a Hip Hop Radio Station), 103.1 Groove Radio, KDL (performing live mix shows alongside Tony B and DJ Irene), and 105.9 Powertools with Richard Vission and Swedish Egil. He has also done guest spots on Internet Radio such as In2Deep Radio in Los Angeles, Frisky Radio in New York, Deep Grooves in Chicago, and Soul Beats in Los Angeles (G-West Productions). For his work in the DJ industry, DJ GEO has been interviewed by magazines and local television stations, including Industry Insider Magazine (1997-1999), Munn 2 in 2000, and Buena Vision in 1998.

DJ GEO was a club DJ for 12 of his 16 years in the industry. After that, he started doing independent DJ work. In the past 4 years, DJ GEO has done over 100 weddings, corporate events, fashion shows, wedding expos, and private venues. DJ GEO has a passion for music and entertainment, with an emphasis on professionalism, elegance, and customer satisfaction.